What I Did on My Summer Vacation

I know, I suck at updating this blog.  Being chained to a desk and forced to write and do other stuff day in and day out has taken some of the joy out of it (cobblers' kids have no shoes and whatnot), but there's one thing my work blog doesn't have, and that's profanity!  So, I'm back, if only to drop an eff bomb on y'all.

The summer break was loooooong, like six weeks or something, but it may as well have been six months. That jerkwad, Santa, brought my kids a real drum kit and a super-loud guitar amp and Jack decided  it was time to start a garage band. I spent most of the break with bleeding eardrums. Also, teenaged boys eat a lot. It probably didn't help that  I kept making them food to try and entice them out of the practice room.

Because my husband works nine days a week, we didn't go on any vacations, just a few day trips. We spent one day checking out Oscar Niemeyer's famous landmarks around Brasilia. ﻿ 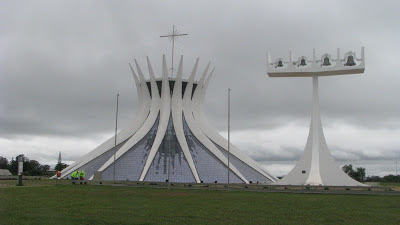 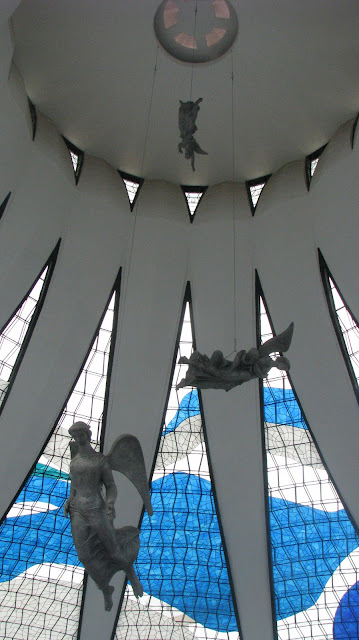 Here we are in front of some of Niemeyer's other buildings on different day: 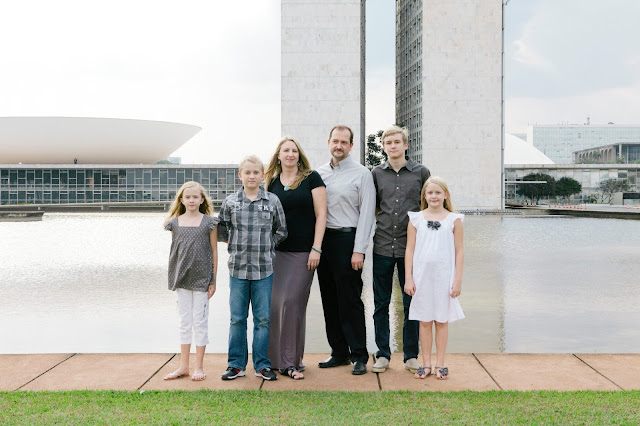 We also spent a day in Pirenópolis, a town about two hours away. It's known for it's colonial architectcure and cobblestone streets.  For you Washington State peeps, it's like the Leavenworth of Brazil, complete with river rafting and zillions of souvenir shops. I loved it, and wrote about it here. 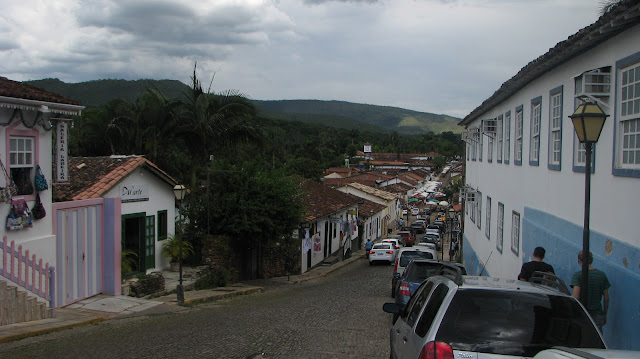 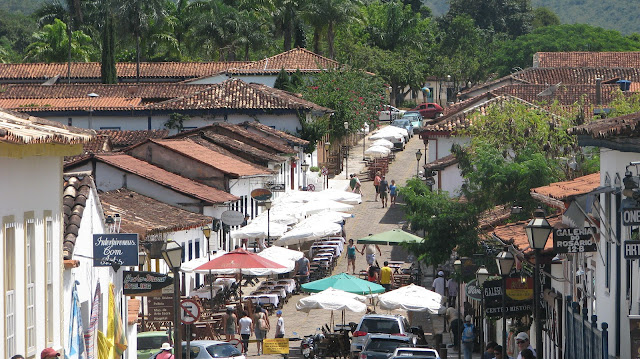 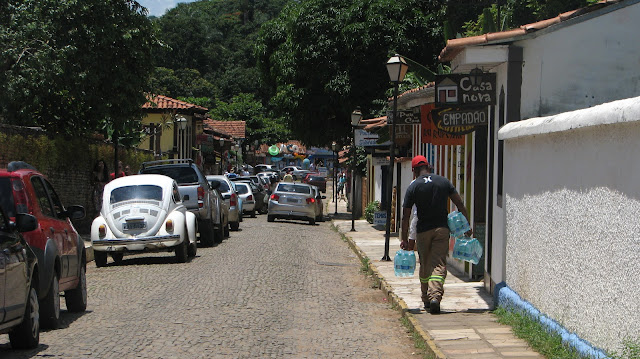 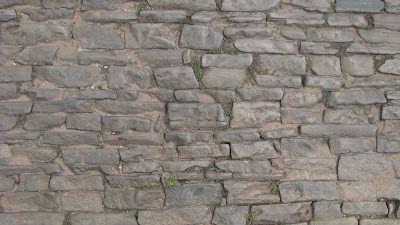 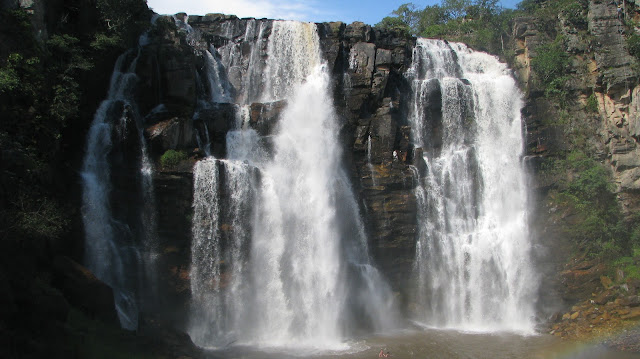 And FINALLY, on Wednesday, the children went back to school. Here they are waiting for their corrections officer the bus (it looks like Jack is beating Henry up for his lunch money already-so adorable!): 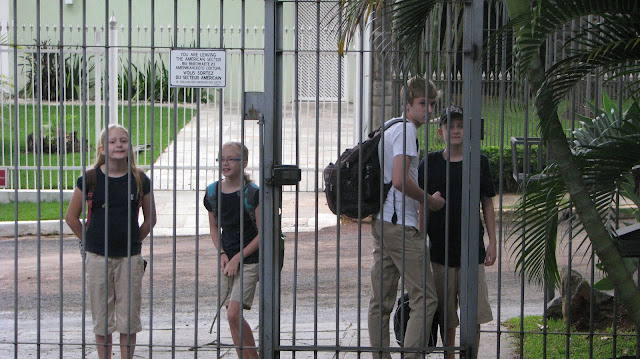 YESSSSS! Fuck, that was a long break  (You didn't think I would forget, did you?).

My kids are still on break for another week (plus a day, but at this point, who's counting?  Me. I'm counting. And eight days is a long time, yo.).  It's the rainy season, so there's not a lot to do besides jump on the wet trampoline.  Still, the kids have found a few ways to keep themselves occupied that don't involve xBox or Netflix.

Meet Karol. She will come to your house and give you a massage or a mani/pedi for a very good price. And yes, I am well aware that moving back to the US is going to be difficult on my pampered little ladies. 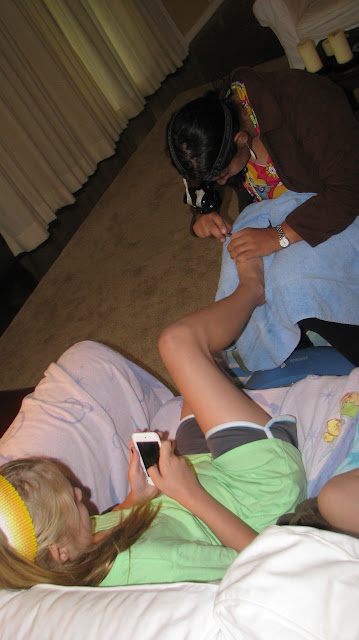 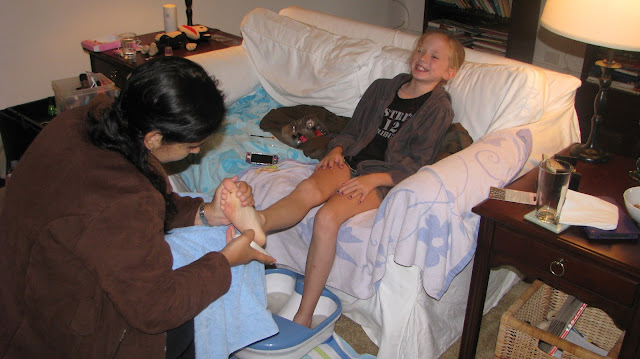 The boys have been super busy doing important boy things: 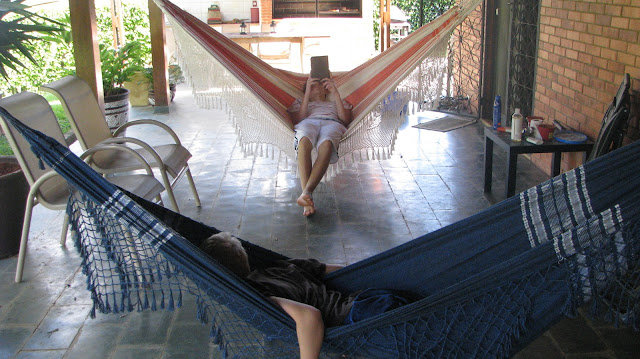 Other things we've been doing include.....well, I can't think of anything right now, but we've been terribly busy, I know, because I'm pretty tired at the end of the day. Oh! I know. Every day I like to see how many hours are left until school starts (as of this minute, it's 184).  I've also made the happy discovery that if you drop a baked-yesterday chocolate chip cookie onto a  hot nonstick frying pan for a minute, wonderful things happen to it.  It's even better if you drop FIVE chocolate chip cookies onto a hot frying pan, because then, when you are thinking you'd like to eat one more, there are four all ready for you.
Posted by Kate at 12:35 PM 1 comment: