Another Week Under Our Belts

Okay, so I sort of got hit by a car last week, but more on that in a minute. Look what Olivia made me for Mother's Day! Gluten Free Cherry Cupcakes. They were delish. Henry and Grace made me huevos rancheros in bed, and Jack ran to the store to pick me up some champagne (yay, Brazil!), which I drank with my friend Katie while her husband made tacos for us. All in all, not a terrible Mother's Day, even though I was missing my mom and my mate. 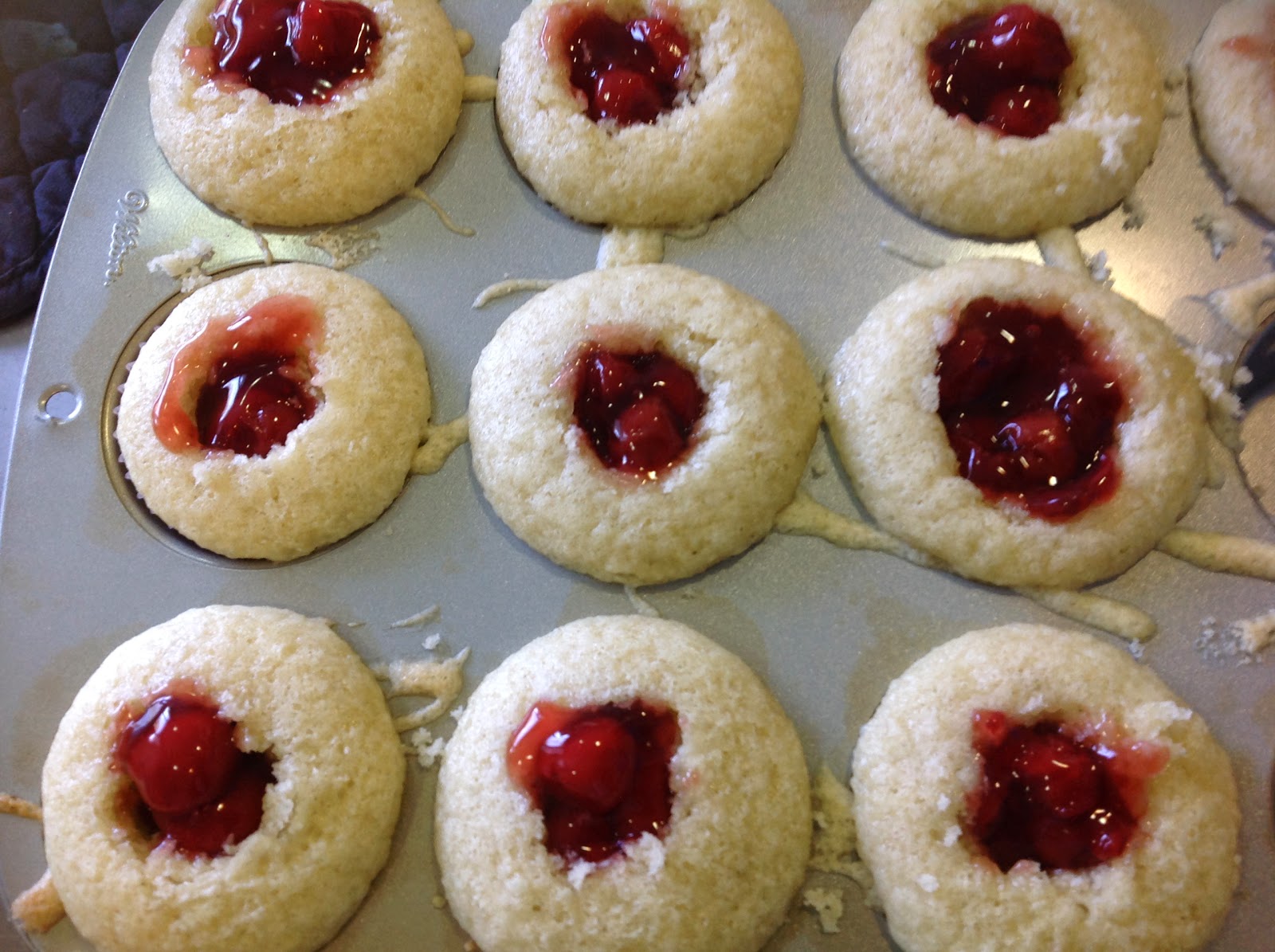 Jack has been studying non-stop for his IB finals. We haven't seen him come out of his room for weeks. As of Thursday, he will be a high school graduate. We're having a bonfire with his friends so they can burn their school work on Friday.

Over the weekend, my friend and I had a garage sale together. I've never actually had a garage sale, because, you know, it's work. I'd rather dump my stuff off at a charity than do work. We hired a lady though, because garage sales are big business here. She did everything, pricing, collecting, and haggling. We just hung around watching to make sure nothing got stolen. On my watch, someone stole Henry's PSP because the snacks were inside the house, so that's where I was, yo. I made a ton of money. I'm not kidding. Thousands. Which really made my aching body not ache so much. I'm going to buy myself something pretty, like....legwarmers for my arms. You'll see why in a minute.

The worst thing about the garage sale was being on my feet for two days straight after my car...t accident. That's right, technically I was hit by a grocery cart. I was walking to my car with my groceries when the car in question hit my cart hard enough to send me flying over the top of the cart into a pile of gravel. You can actually kind of see the gravel-shaped bruises on my arm.  Pretty pretty? 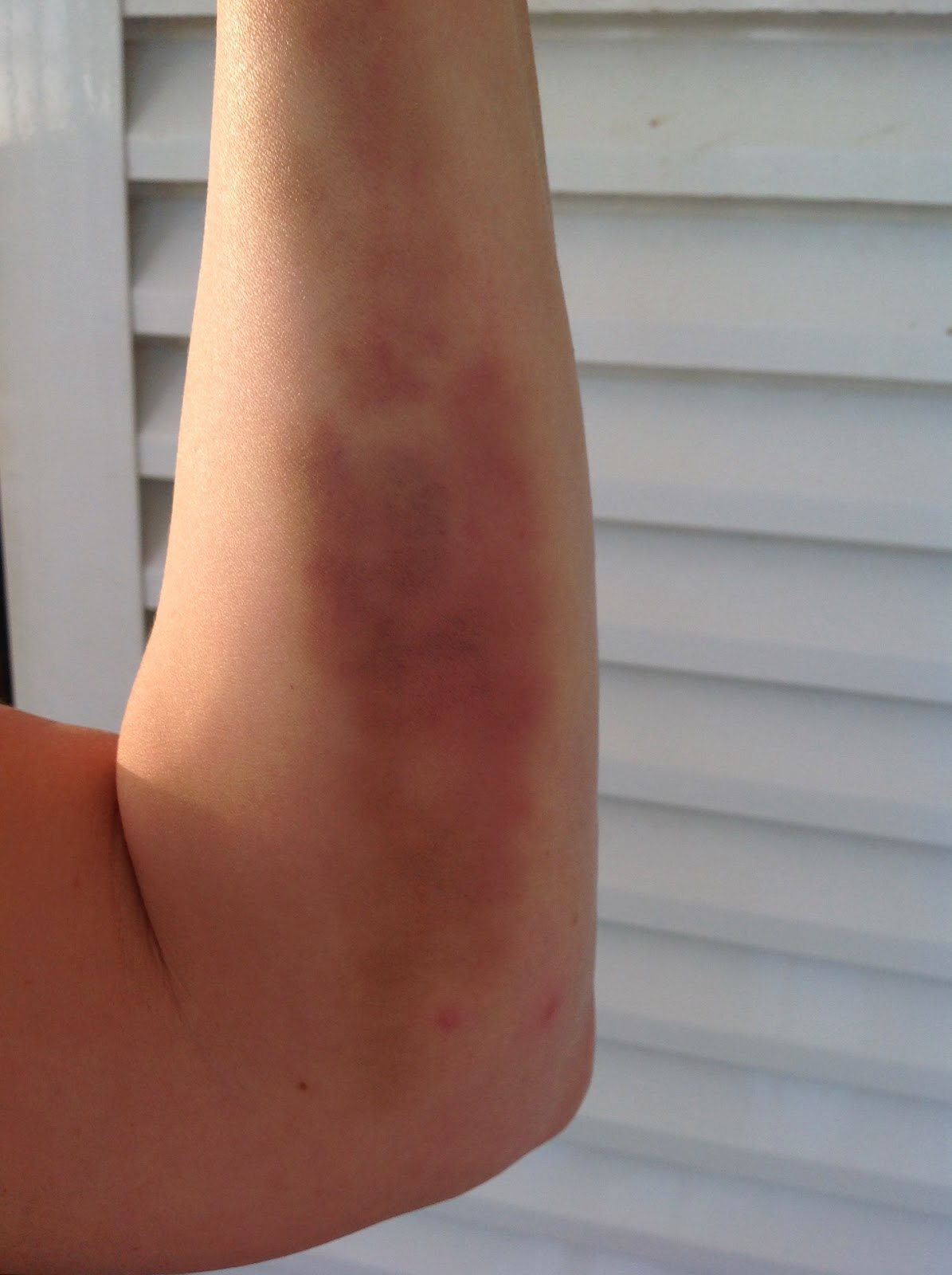 My whole body is beautiful like this, except for my face, which I protected just in time to break out in stress eczema. Anyway, nothing broke except my pride. And my eggs. The guy who hit me tore off, but the grocery store people could not have been nicer. They got me all new groceries for free and helped me up like I was a little old lady. It made me sad a little, because I knew I would never be able to go back to that store again. Someone at work told me it was Leg Appreciation Day today, so here ya go: 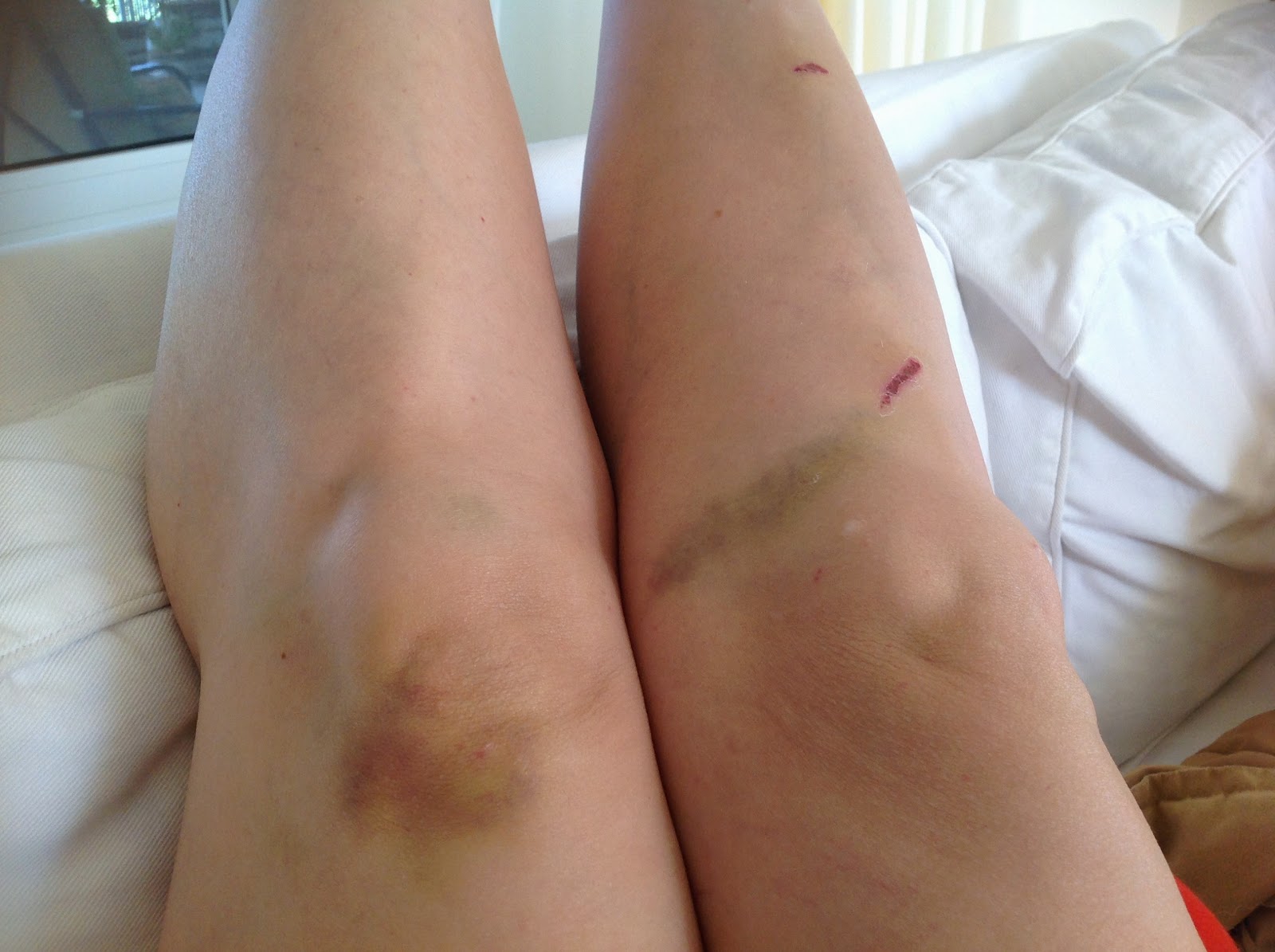 My vow lasted until later that night, when I had to make a mad dash (and when I say mad dash, I mean gingerly tiptoeing) to get coffee beans so I could survive the garage sale the next morning. I wore a hoodie though, so I don't think anyone recognized me. I hope.

In other news, we still don't have an onward assignment, despite me trying my very hardest to get sent out of here by car attack. Also, the darlings of Afghanistan have begun their spring offensive, so there's that to worry about. At least I look totally hawt for when Mitch comes home to visit at the end of the month.

Oh man, that sounds awful. I'm sorry to hear about the accident (although as you've already discovered, it makes a great story!). I hope you heal well and quickly!

I'm very proud of you, Whites.

oh no.... how are you walking around after that accident? those bruises look serious. :-(

Ouch! Those bruises look like they really hurt. I can't believe the guy who hit your cart dashed off like that after he hit you. I'm sorry you had to be a victim of rude people like him, Kate. I just hope that he learned his lesson and will be a lot more careful and attentive from now on. Take care always!